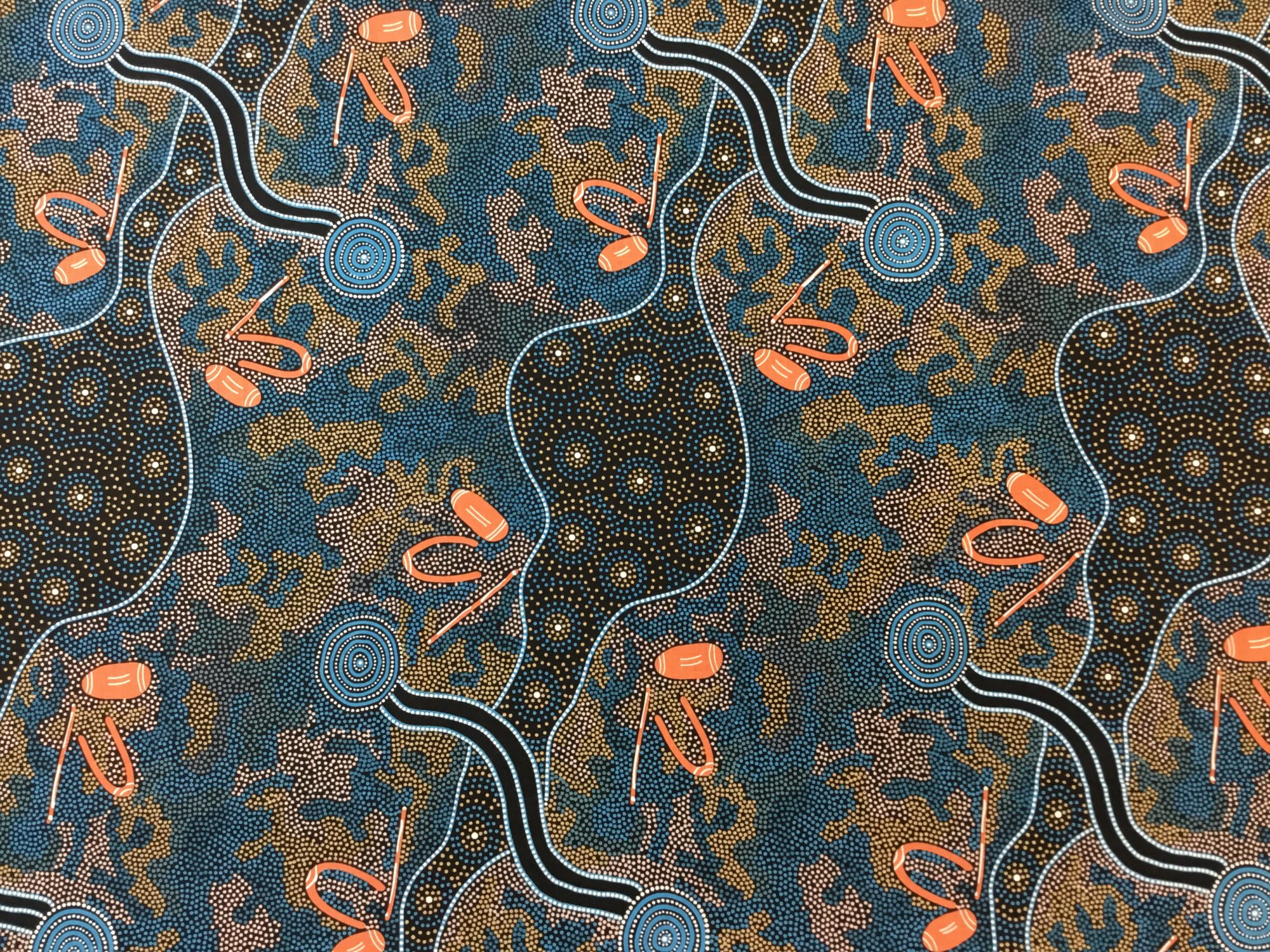 Northern Territory of Australia is semi desert region. Average temperature in summer ranges from 20 degrees to 35 degrees and can soar to around 40 degrees. January is the wet month with around 40mm of rainfall, however climate is considered dry and arid for most of the year.
In Northern territory, Aboriginal people organises Rain Dance in various places during his period. Shirleen Campbell being a skilful designer, incorporates rain dance to her artworks. Women dance and sing for rain in the gathering. They enjoy it vividly. Shirleen depicted concentric circles as waterholes. The big U-shaped object represent men, stick represents music stick and the musical drums. During the dance women are going around and dance for rain and other people socialize with each other