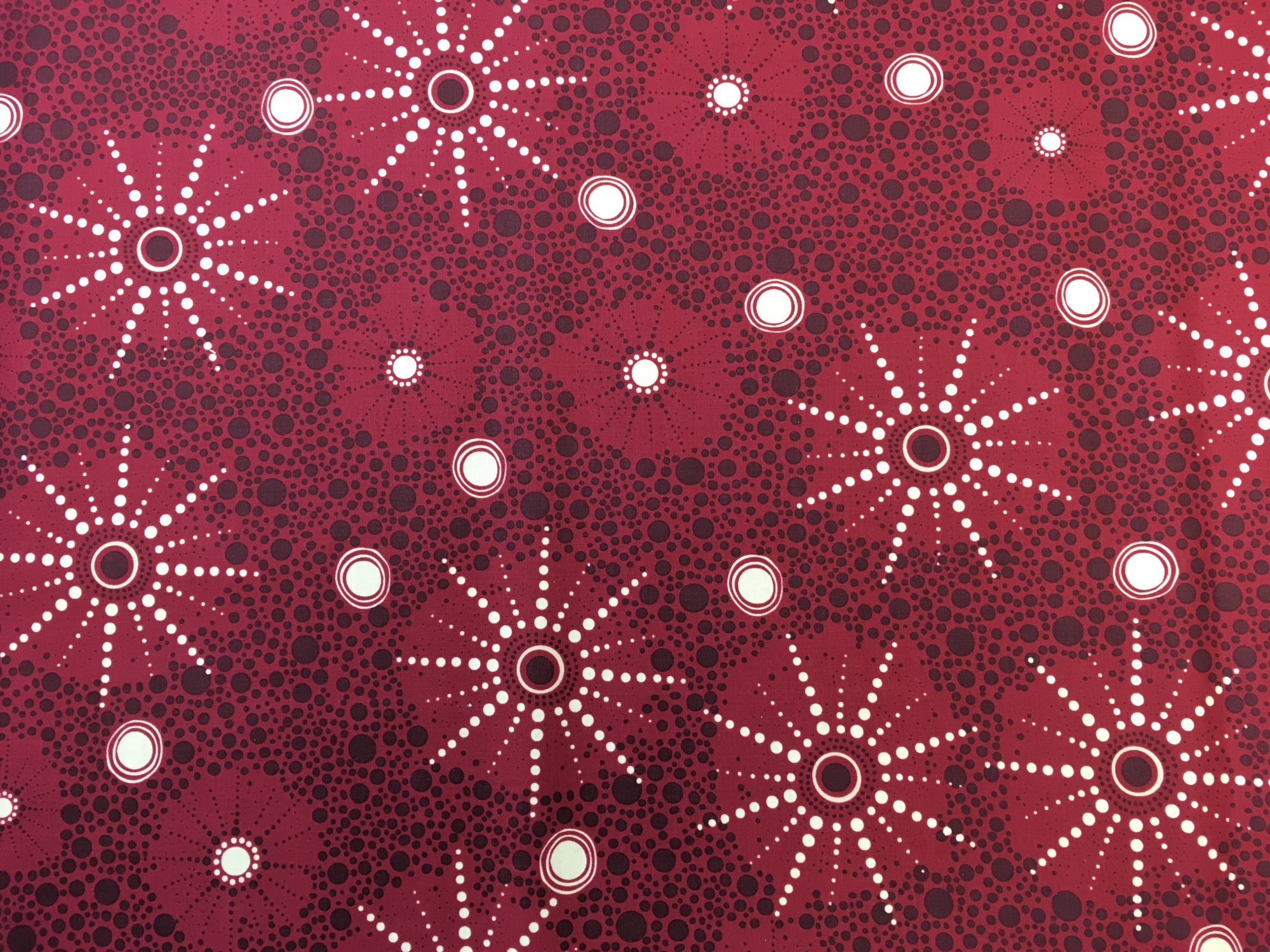 Australian Aboriginal people tell several stories about seven sisters from the Dreaming Time which is the time of creation of the universe by their ancestors. This story of seven sisters originated from the culture of stars in the Taurus constellation.
There were seven sisters who were all beautiful and elegant. Every man who saw them wished to marry one of the sisters. One day the sisters went into the bush with their digging sticks to gather foods including wood ants, witchetty grubs and honey ants. After a successful expedition, they sat down to enjoy a feast, never imagining that a lonely warrior named Warrumma was hiding close by, watching them. While the sisters were eating, Warrumma took away two of the digging sticks and hid them. All the sisters looked for the two lost sticks in vain but eventually the five sisters who still had their digging sticks sadly left without the two sisters whose sticks had been taken.
Clever Warrumma came out of hiding and firmly grabbed the two sisters by their waists. He promised the girls that he would take good care of them and would marry them. The two girls decided that they would pretend to agree to Warrumma's plan, while looking out for the opportunity to escape. One day they were asked to cut pine bark to make a fire. As soon as the girls climbed the pine trees, those trees started to grow right up to sky. Warrumma shouted in vain for the girls to come down. But they kept climbing and were soon warmly welcomed to the sky by the five sisters anxiously waiting for them, If you observe constellation carefully you may see the two freed girls as they arrive at their sisters' camp in the sky.
Artist Marlene Doolan is from Santa Teresa in the Northern Territory. In her painting she depicts luminous heavenly bodies suspended in the desert night sky. The Milky Way is represented as clouds of dots of different sizes and major stars are represented as a large dot surrounded by circles