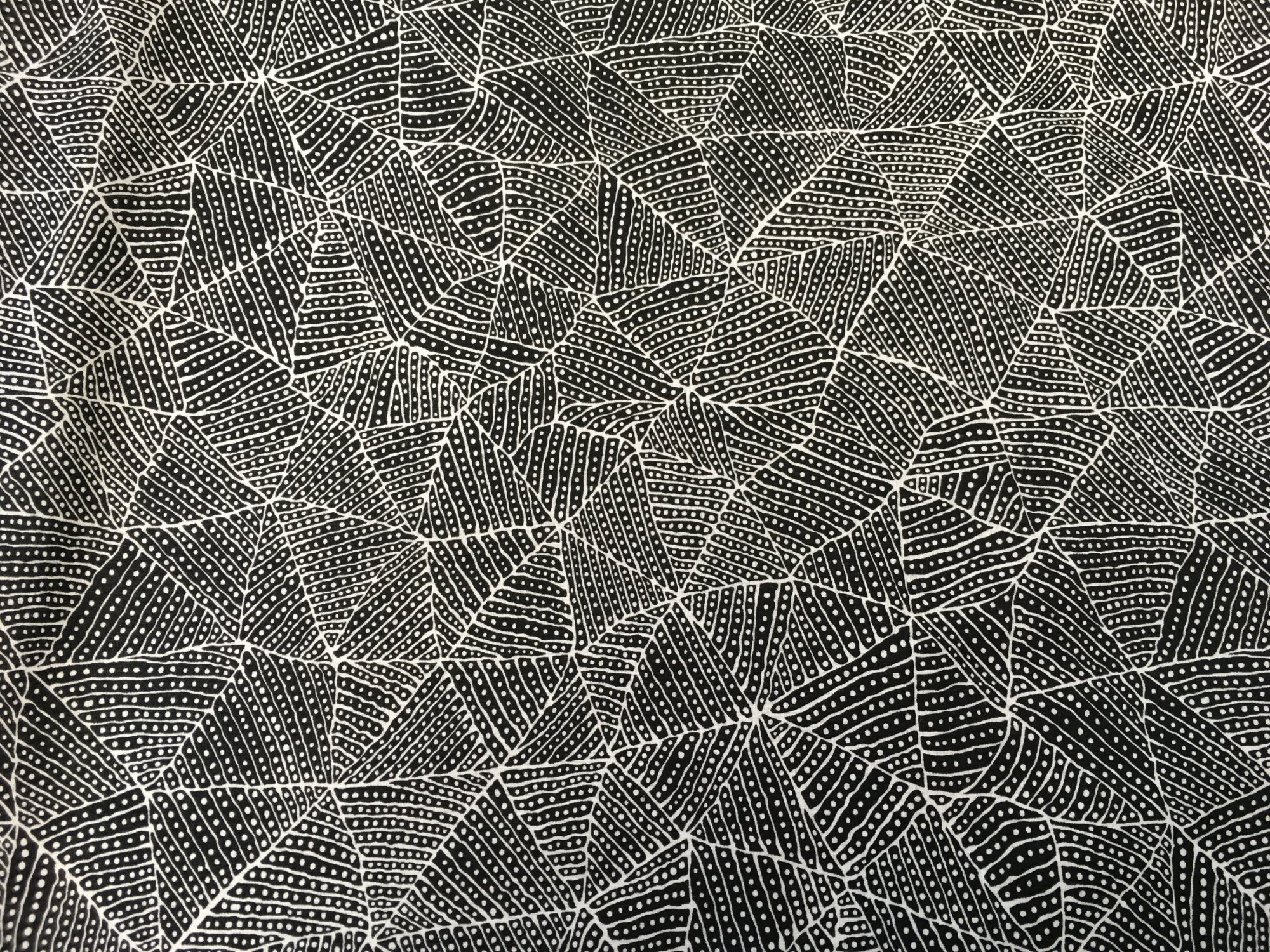 June Bird was born circa 1955 at Mulga Bore in Utopia. She is a talented Aboriginal artist. MandS Textiles Australia printed one of her earlier design called Body Painting?. This design has been very popular to our customers.An important part women's role in traditional Aboriginal culture into collect (gather) bush foods like beans, apples, tomatoes, cherries etc. in wooden bowl called coolamon. Yams are also collected by digging into the soil with digging sticks.June being an experienced designer drew skillfully the fallen bush plums on the ground walking paths all around for the collectors of Bush plums and other fruits. They eat the plums and make beautiful dough for tasty breads