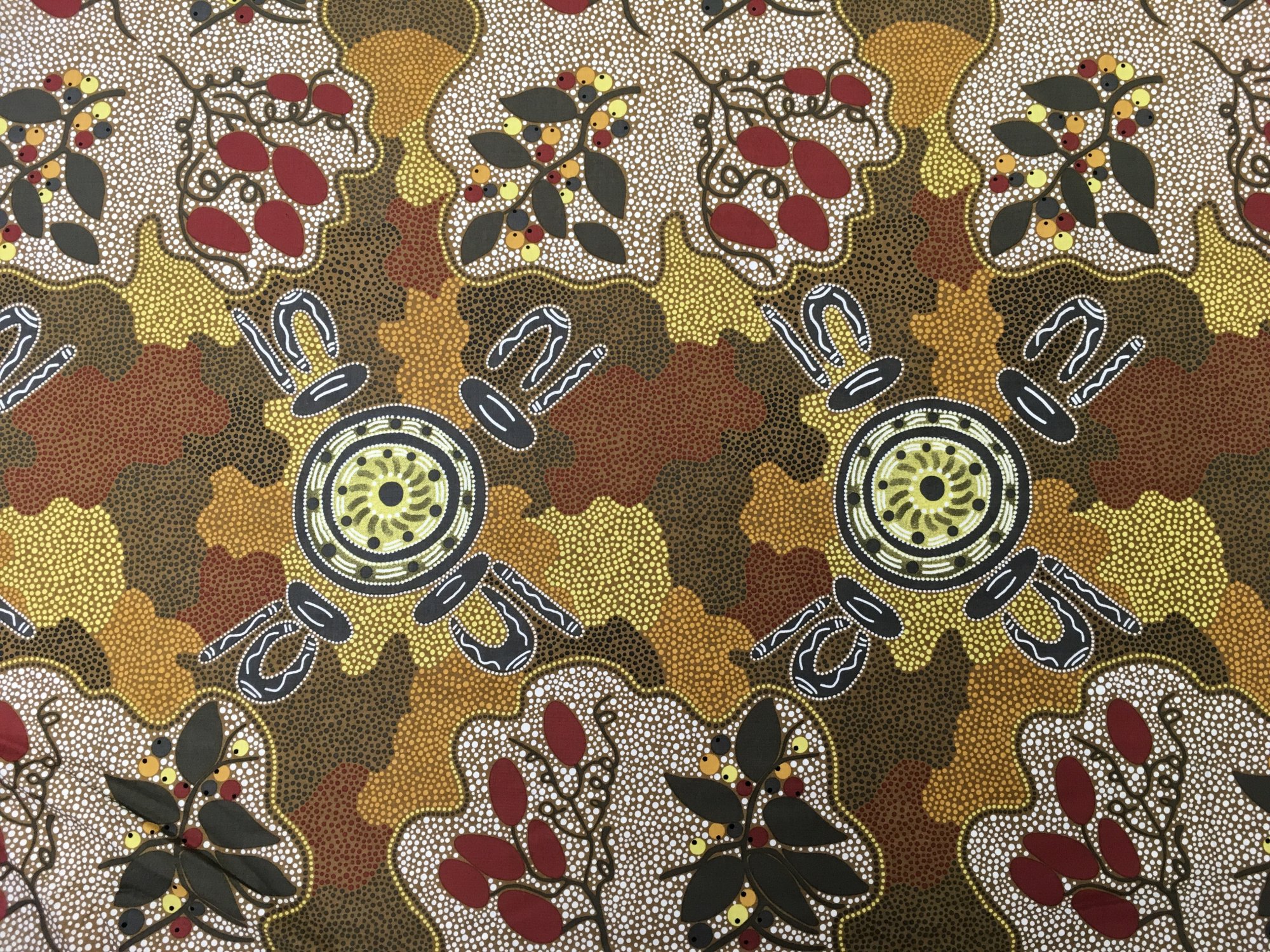 Bernadine Johnson is well known and experienced Aboriginal artist. She comes from Utopia which is a birthplace for many famous Aboriginal Artists. She now lives with her husband Stephen Pitjara, who is also an established artist, and two children in South Australia. Bernadine's Language group is Arrernte and her dreaming is Bush Tucker.
The motifs in her works are neat, clear and colourful; and the minute details are wonderful. She depicts semi-circles representing women and concentric circles representing waterholes in this design. The women, after collecting various fruits for their food (tucker), sit around the waterholes with coolamon in front of them and digging stick by their side