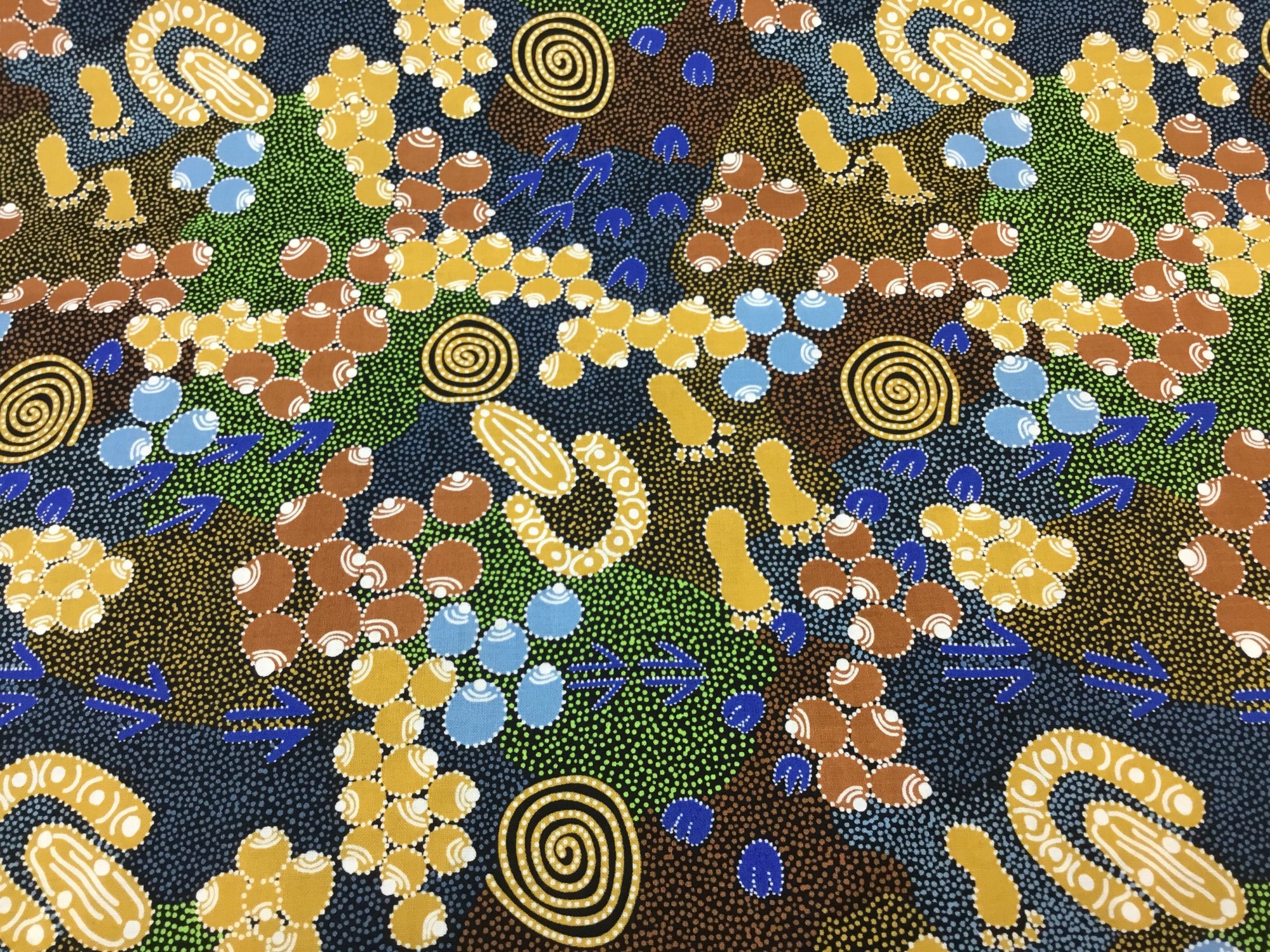 In Dreamtime, Aboriginal people were mostly hunters and gatherers. Men used to hunt Kangaroos, Wallabies and Birds etc. while women gather food from the bush. In any case, they never disturbed the harmony of the nature by over killing animals or gathering food beyond the requirement. They maintain this old age tradition even now. When plums, tomatoes, oranges and other fruits are available in the bush, people would go to the bush in groups to gather these various fruits. They would sit together in the bush, eat their food and discuss various topics concerning women such as women's business.
Juliette is an Aboriginal artist from Northern Territory, Australia. She learnt painting from her mother and other relatives. Her Dreaming is Bush Plum and Bush Tucker. The motifs in Juliette's artworks are very clear, bold and beautiful. She depicted people walking in the bush with footprints, men or women with semi-circles, coolamon (tray to keep food), waterholes (the concentric circles) for drinking water, bush plums and other fruits